It all started with the blueberries.

When Dan and I moved to Portland a year and a half ago, we didn’t know how long we would be staying. The job that had brought us here was temporary, but whether that meant one year or three, we weren’t sure. It was obvious that we’d be renting. We found this house and settled for it even though it was far from perfect, because it did have the most important feature we were looking for: a relatively big back yard. For at that point, my passion for learning to grow my own food had literally grown out of the containers I had been using so far in our various rented homes.

But I longed to put down roots. I wanted to grow apples and raspberries and kiwi and other perennials — and above all blueberries, my favorite berry. I lamented to a friend about how impatient I was to start growing plants that take a long time to fruit, but how I couldn’t do that since we didn’t know how long we would be staying.

And then I decided I was going to do it anyway. If we ended up moving, the blueberries would be there to the delight of the next tenant, and in the process I would become a better gardener. What did I have to lose? So the very first thing we did in the garden was plant some tender blueberry plants in wine barrel halves. We were living on rented land, but were putting down roots anyway. We made a commitment to the soil and to improving it, even if it was not ours.

Other experiments followed. Our landlord is conservative enough that we couldn’t really tear up all of the lawn and replace it with a wildly creative permaculture garden, but he was okay with raised beds and even chickens. When we first arrived, there was nothing in the backyard except a sad dried-up lawn, compacted soil, and weeds. In a flurry of activity, we weeded, we sheetmulched, we built compost piles, we dug in manure. I planted daikon radish to break up the compacted soil, and yarrow and comfrey because of their beneficial properties. We planted many perennials — artichoke, sunchokes, yacon, mashua — and even a tiny mulberry tree. 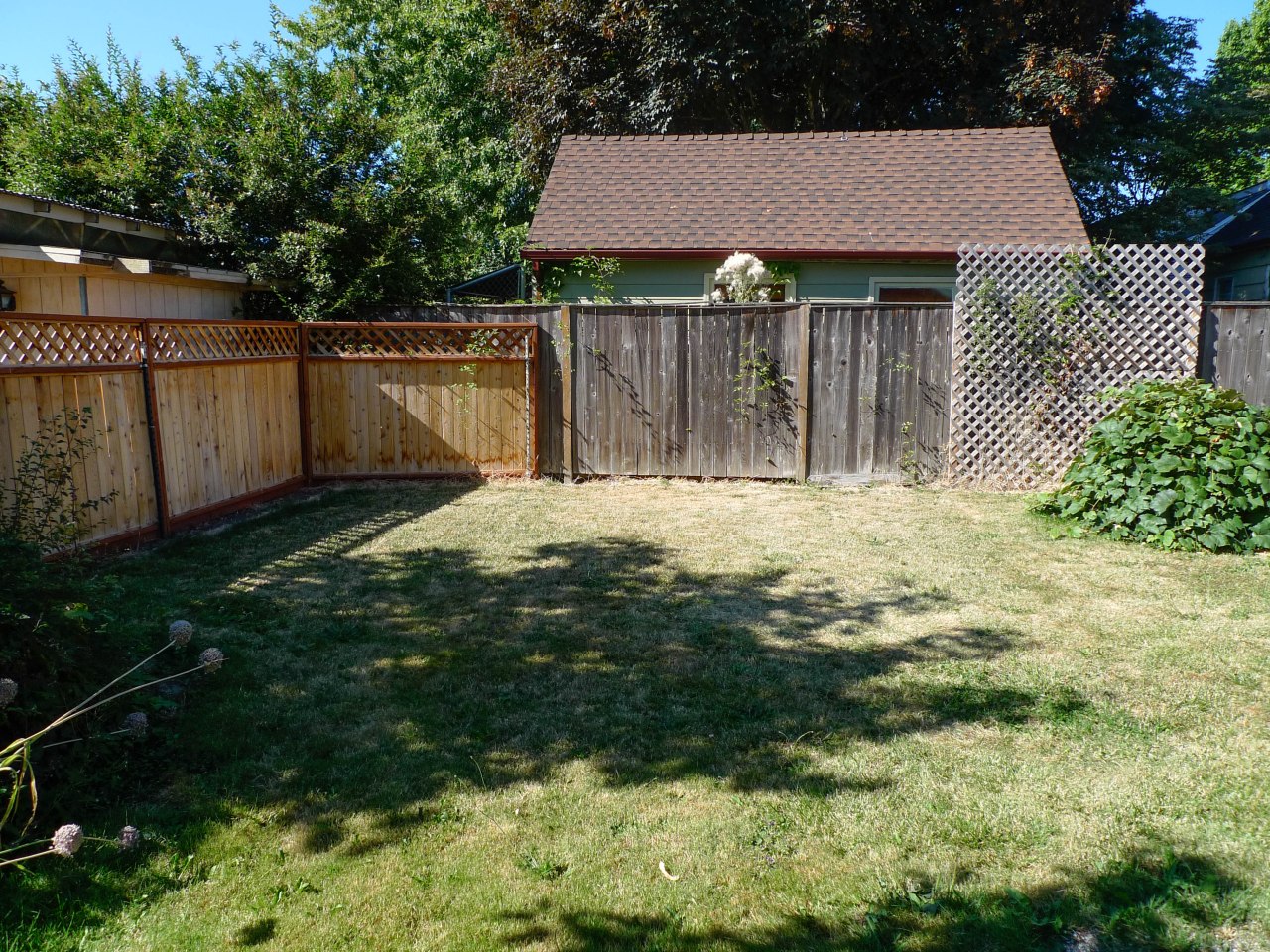 Our backyard when we moved in in August 2011 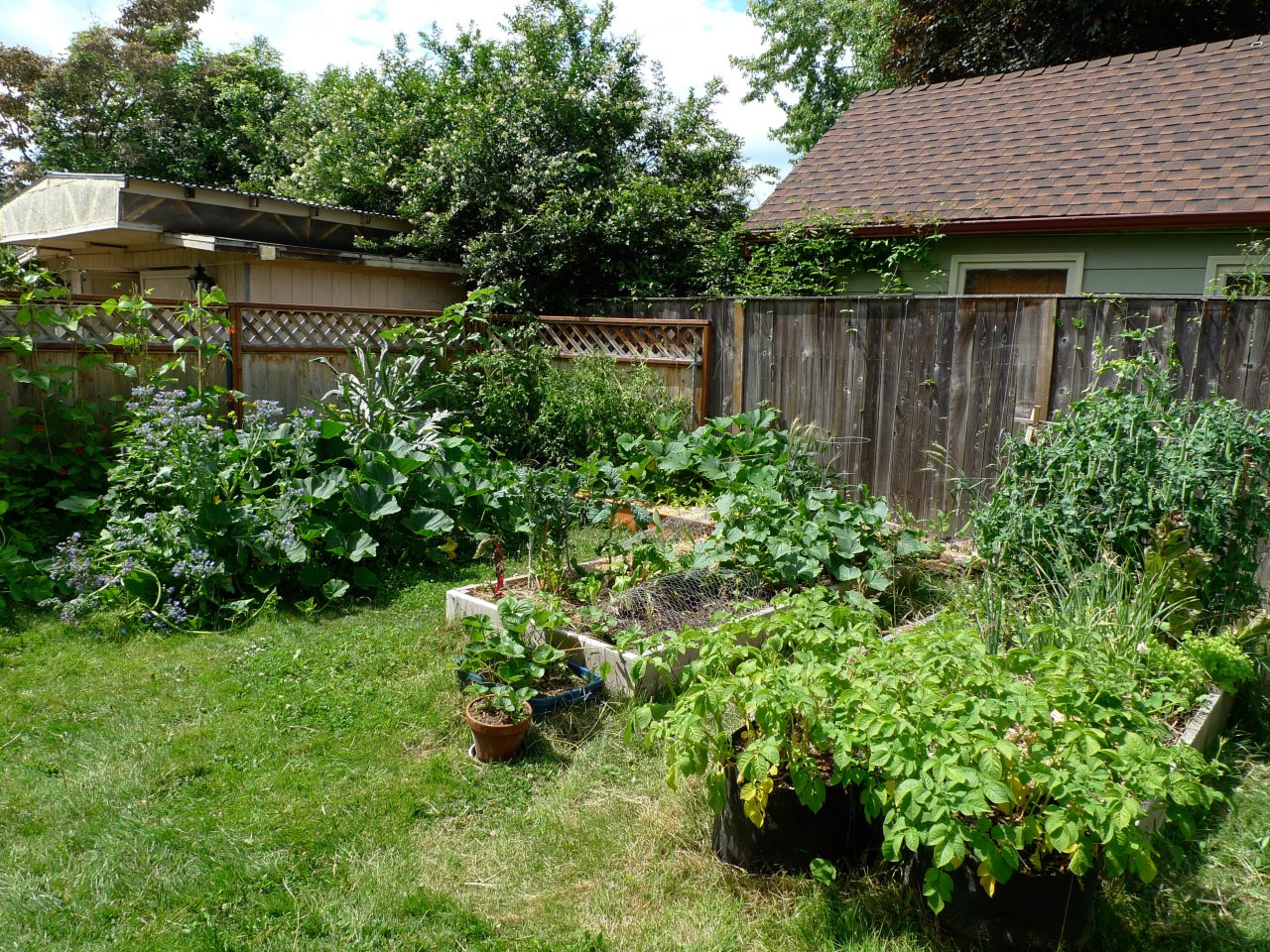 The same corner less than a year later, in July 2012

In the end, my contract was renewed for a second year, and we did get to harvest — and eat — the blueberries, as well as the mulberries, artichokes, and other perennials in addition to all the annuals. In a few months, we will be moving on. But we suspect that the next tenants will have no objections to what they find when they move in.

5 thoughts on “Putting down roots on rented soil”