There’s nothing like the first really hot day of spring to make one thankful for having installed a rainwater catchment system! I watered our garden generously today, and there’s still enough left for several weeks at least, even if it doesn’t rain. Since I happened to also give a presentation on the topic of home-scale water harvesting on Vancouver Island this week, and it’s fresh in my mind, I thought I’d briefly go over the how and why of it.

Here in the Pacific Northwest, which is known for its rainy climate, people might find the idea of catching and storing rainwater silly: we’re clearly not living in the drylands, so why worry about water? Yet, summers here in Portland are hot and dry. It simply makes sense to catch and store this resource when it is free and plentiful to be used during the months when it is scarce. Anyone who irrigates anything more than a postage-stamp sized garden with city tap water knows that that causes the water bill to quickly escalate. Secondly, harvesting rainwater off of our roofs reduces stormwater drainage load during heavy rainfall; it helps to prevent flooding and erosion. Lastly, water, particularly freshwater, is our most precious resource. We might as well learn to 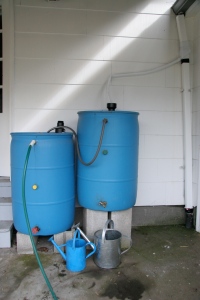 treat it as such.

Rainwater catchment systems can be very low-tech, affordable, and easy to maintain. In our backyard, we have 55-gallon barrels which we got on Craigslist, placed on cinder blocks so that gravity helps to move the water from one barrel to the other, and from the barrel into a hose. In addition to the barrels, all we needed was a diverter, which can be bought online or at hardware stores, and is attached to the downspout. You will need some kind of a filter to keep out leaf litter and other debris, but usually the diverter kit comes with one.

If you have a bigger yard, you can upgrade to a larger cistern or tank. The one below is a polyethylene tank; as long as it’s opaque, it prevents algae and bacteria from forming inside. These pipes also include the so-called “first-flush” system, which ensures that the first batch of rain off the roof, sometimes contaminated by dust, birds, or industry, does not go into the tank but is directed to the ground. 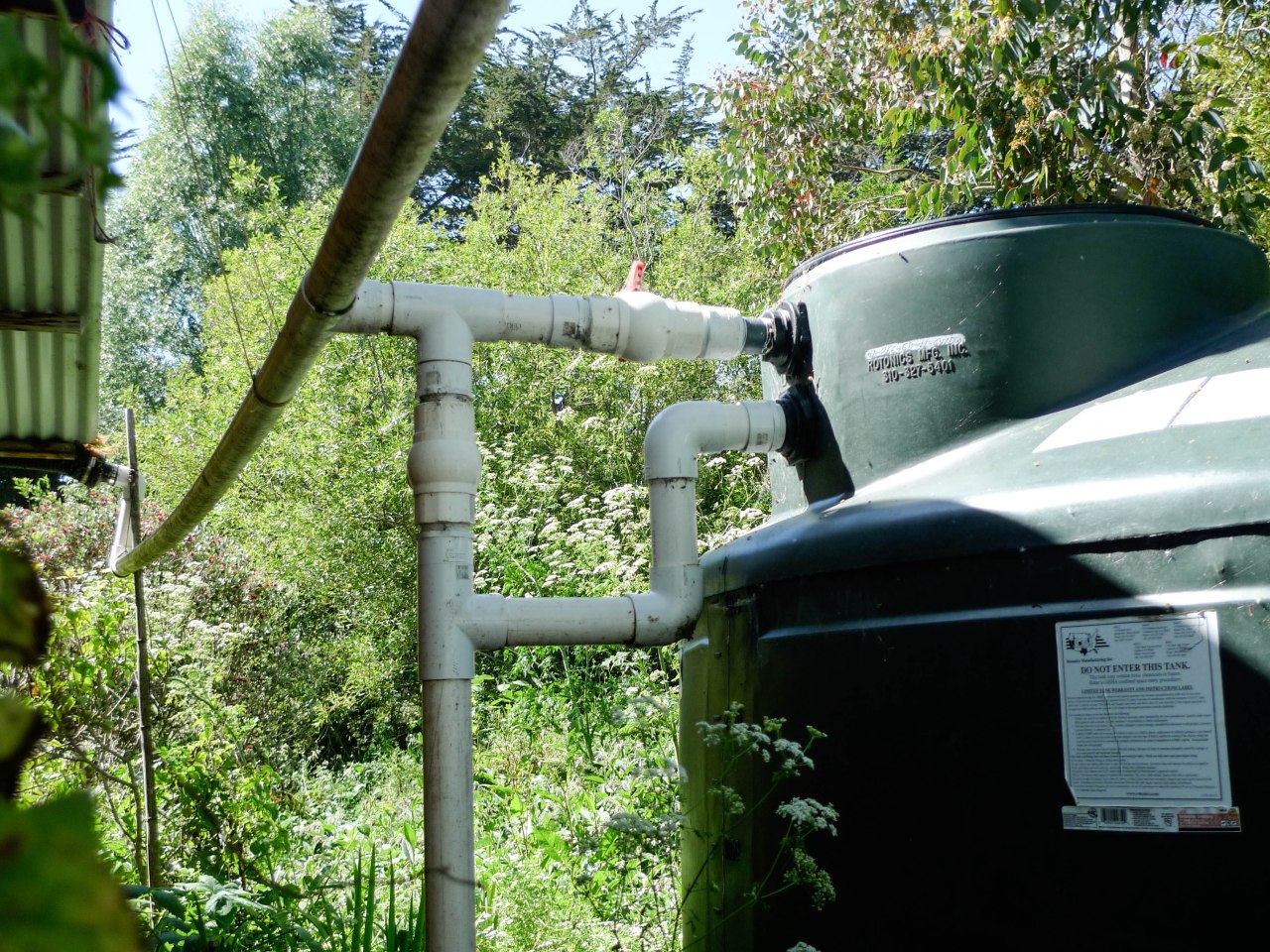 In considering the placement of your barrels or tank, think about convenience: it should be placed between the source (i.e. the gutters) and the destination (for example, the garden). Use gravity to your advantage — and, if possible, make the tank serve more than one purpose in your yard: use it as a privacy screen, as shade for shade-loving plants, or as vertical support for something in the garden that needs it. Be creative. Make every drop count.