Now, here’s a tradition of cultured dairy I’ve known since my childhood. Viili is a Finnish cultured milk — like yoghurt, but with a thicker, more gluey, viscous consistency. It also cultures in room temperature rather than needing extra warmth as yoghurt does. Viili has a mild flavor that is neither sweet nor sour, which makes it great either on its own or as a substitute for sour cream in recipes. 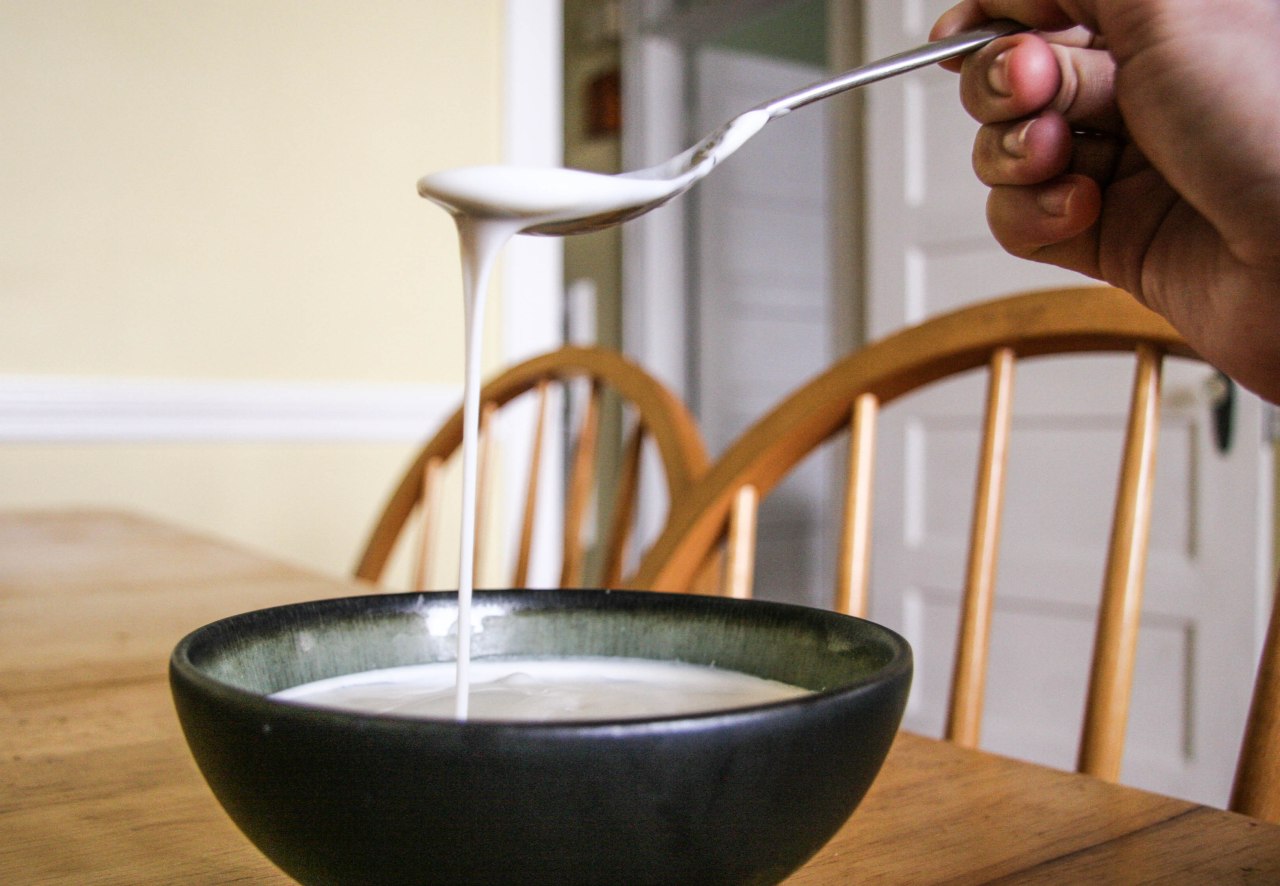 My first viili-making teacher, when I was still a kid growing up in Finland, was my big brother. At one point, aged maybe 14 or 15, he was on a viili-making kick. I remember him setting out a few small bowls on the kitchen counter in the evenings and putting a spoonful of viili starter (the “seed”) into each of them, filling them up with milk, and leaving them in room temperature overnight. In the morning, like magic, the viili would have become completely thickened, and we’d eat it for breakfast with berries and muesli.

The Finnish immigrants who came to the US long before me, in the early 20th century, would carry their viili starter with them on the boat across the Atlantic. In fact, the viili starter I got from GEM Cultures was brought from Finland to Fort Bragg, California, over 100 years ago. The family behind GEM Cultures has kept that same starter going by saving a spoonful of the previous batch and mixing it with fresh milk within a week or so. I like that my starter not only comes from Finland, but comes to me via Fort Bragg, where some of Dan’s family lives. Cultures of Health also sells a freeze-dried viili starter, but theirs will not produce the ropey consistency that I know from my childhood; it’s more jelly-like. I wanted the ropey, gluey kind!

Viili is probably the easiest form of cultured milk to make. Simply take a spoonful of viili starter and spread it around the bottom and sides of small clean bowls. Add a cup of fresh milk into each bowl, stir, cover, and leave to thicken at room temperature. That’s it! The viili will be ready in anything from 12 to 30 hours, depending on the temperature.

Special thanks to my big brother Heikki for being the inspiration behind this project — the original “viili starter” in my life!