Things were buzzing at the Plattner Bee Museum.

Bees are amazing. The signs swinging in the pine trees at the museum conveyed that the ancient peoples knew this too. Though this may be a disastrous case of lost in translation — since I’m translating them from Italian, without really knowing Italian, and who knows who translated them into Italian in the first place — I can’t resist sharing a couple of them: “The tears of the god Ra are transformed into bees” (an Egyptian saying). “The bee is the spirit which becomes intoxicated with the pollen of knowledge” (an Indian sage — but which one?).

Most of us know that bees have an astonishingly accurate inner GPS system that helps them to orient themselves as they fly. But did you know that they can also feel the Earth’s magnetic field, and that that helps them to keep track of time, as if they were carrying an inner watch as well? They can also “hear” sound — not with ears, but rather they feel the sound on their whole body, especially with their antennae and body hair. Add to that their ability to make honey, and wax for the best candles in the world, and the work they do in pollinating the plants that become our food… We human beings think of ourselves as beekeepers, but the bees are the real keepers. Which is why the news on the ever-worsening colony collapse disorder (CCD) is so disconcerting (one third of the honeybee population in the US along gone!).

Although the reasons behind the collapse are complex, I’ve heard more than one beekeeping teacher say that the modern ways of beekeeping, including factory-made honeycombs and sugar water feed, are interfering with the bees’ natural way of living and keeping themselves well.

This is partially why I think it’s valuable to learn about ancient beekeeping methods and implements. Among the museum’s display of all the different kinds of beehives that have been used over the centuries, I was most impressed by the ones below that have been woven like baskets — some with little windows even! With their organic shapes, they’re much more successful in mimicking the bees’ natural habitat — hollow trees — than the box-like hives that most beekeepers use today. 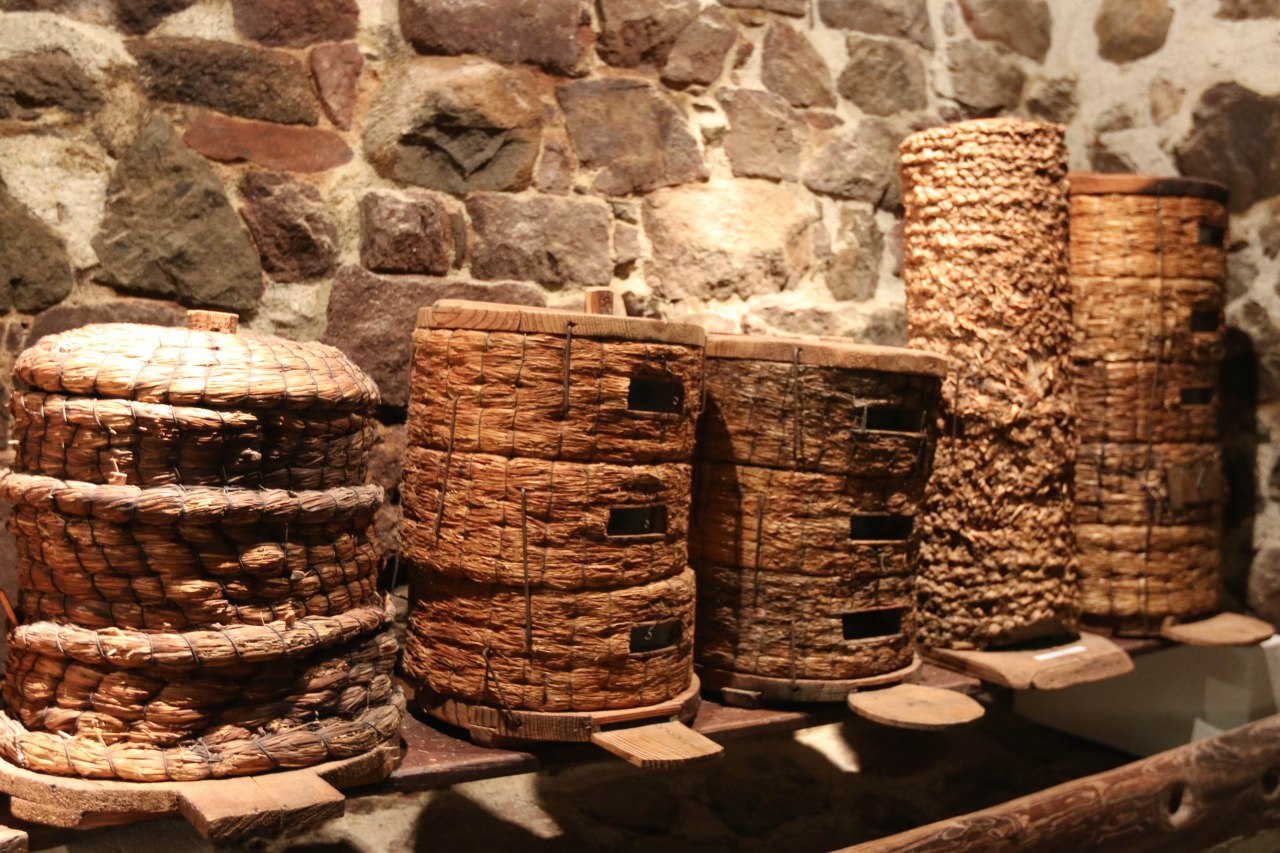 The ancient beekeepers pulled out the honey out of them along with the honeycomb, and had to squeeze out the honey, destroying the honeycomb in the process. (The wax from the comb was used for making candles and canvas.) The invention of the honey extractor in the 1860s allowed the separation of liquid honey while leaving the wax comb intact. And that’s the method that’s still in use, although the modern extractors look a bit different than these antiquarian ones… The honeycombs are placed in the frame basket, and when the handle is rapidly turned, the centrifugal force makes the honey flow outwards and down the spout.

The museum tour had a sweet ending, as you might expect: you can sample 17 different flavors of honey! Rosemary, coriander, acacia — or my favorite (hands down): the lavender honey. You can then go on to smell all the different kinds of honey and beeswax and bee pollen soaps. I could choose only one bar because I’m living out of one suitcase this summer, and we’re on to our next destination, but it’s a lovely purple-brown propolis soap. I’ll be carrying some of the work of this mountain’s bees with me even as I leave. 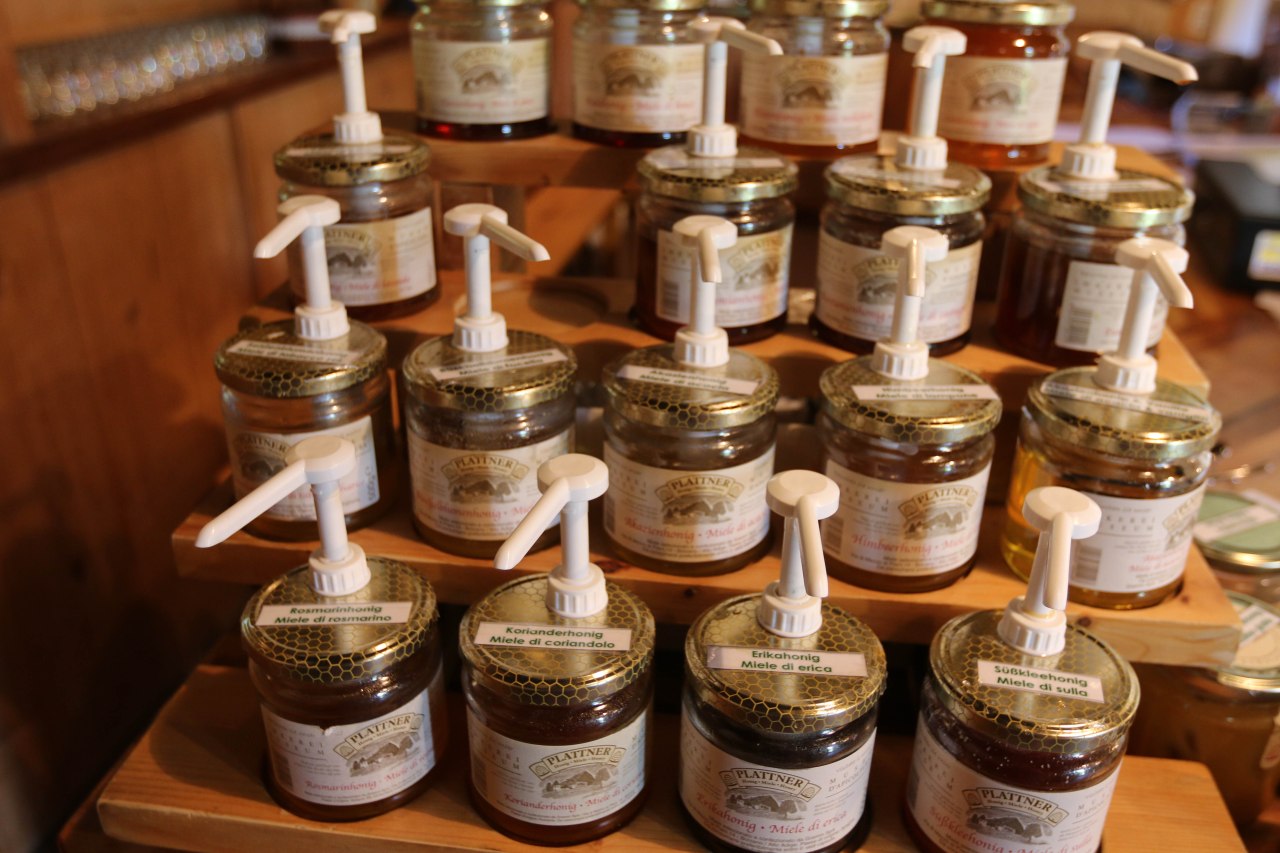