Last week, Gather and Grow journeyed to London to attend the International Permaculture Conference and Convergence.

The conference, in downtown London, was a two-day extravaganza of presentations, workshops, films, book launches, and butt-kicking keynote speeches. After the conference, the Convergence gathered in the huge Gilwell Park outside of London for five more days of workshops, talks, discussions, films, conversations, and hands-on demonstrations… Whew!

This year’s theme was “Designing the World We Want.” Although a sobering shared awareness of the dire global challenges was a constant subtext to all that was said and done, the prevailing tone was one of hope and can-do attitude. There were about 750 of us, representing a global movement now 1 million strong (if you count all the people who have by now done their Permaculture Design Certifications). There’s a lot that a million people can achieve together. 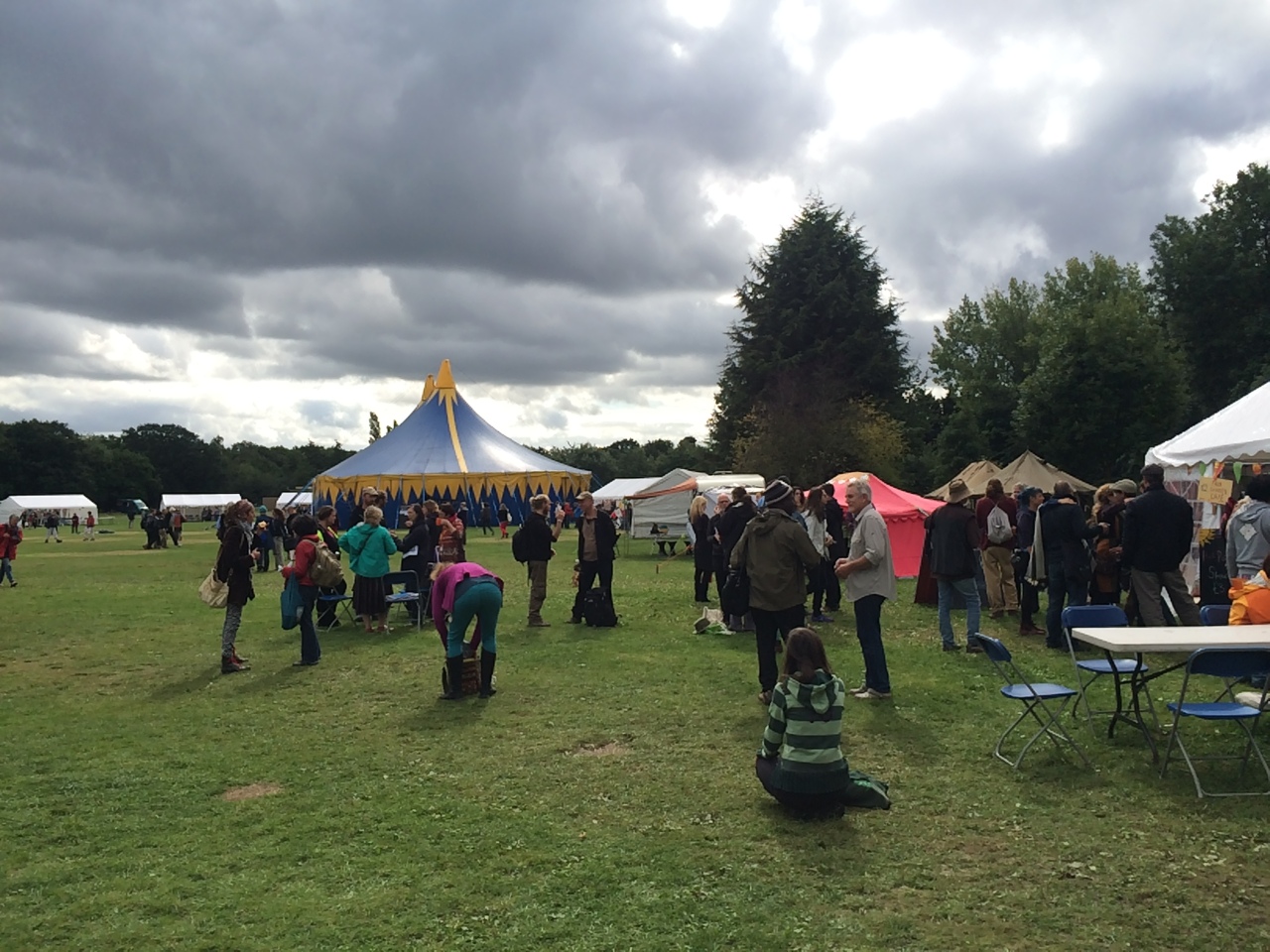 Reuniting with friends and past teachers from five continents, and making new friends from at least that many.

Meeting in person a number of the formative figures of permaculture and Transition whose names have been on the backs of the books on my bookshelf for so long that I consider them my teachers, too — from Rosemary Morrow and Geoff Lawton to Pandora Thomas, Rob Hopkins, and Graham Bell. 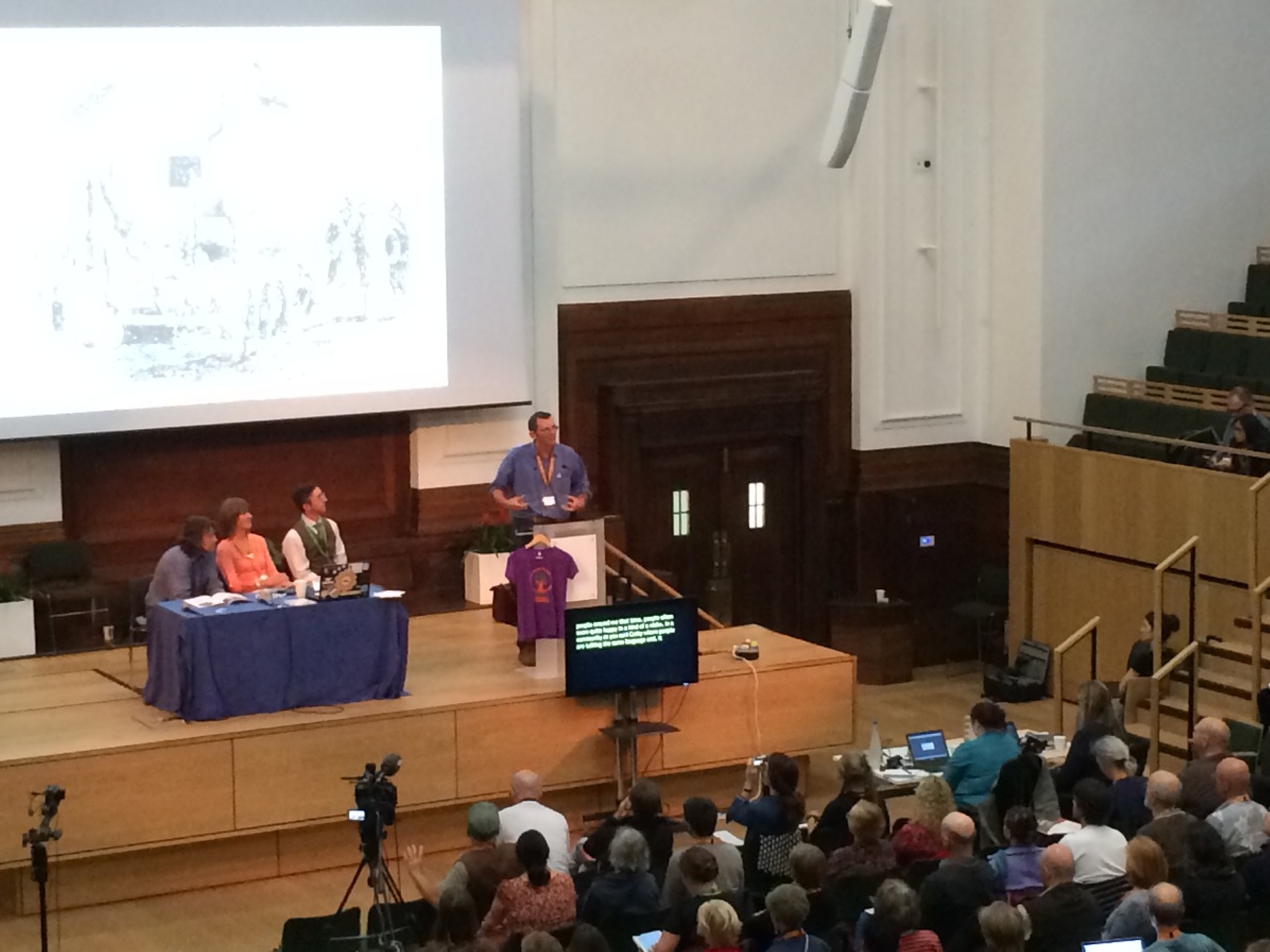 Learning about all kinds of impressive projects from around the world (here Dave Boehnlein of Terra Phoenix presenting the design for a Native American healing center in the Peruvian Amazon). 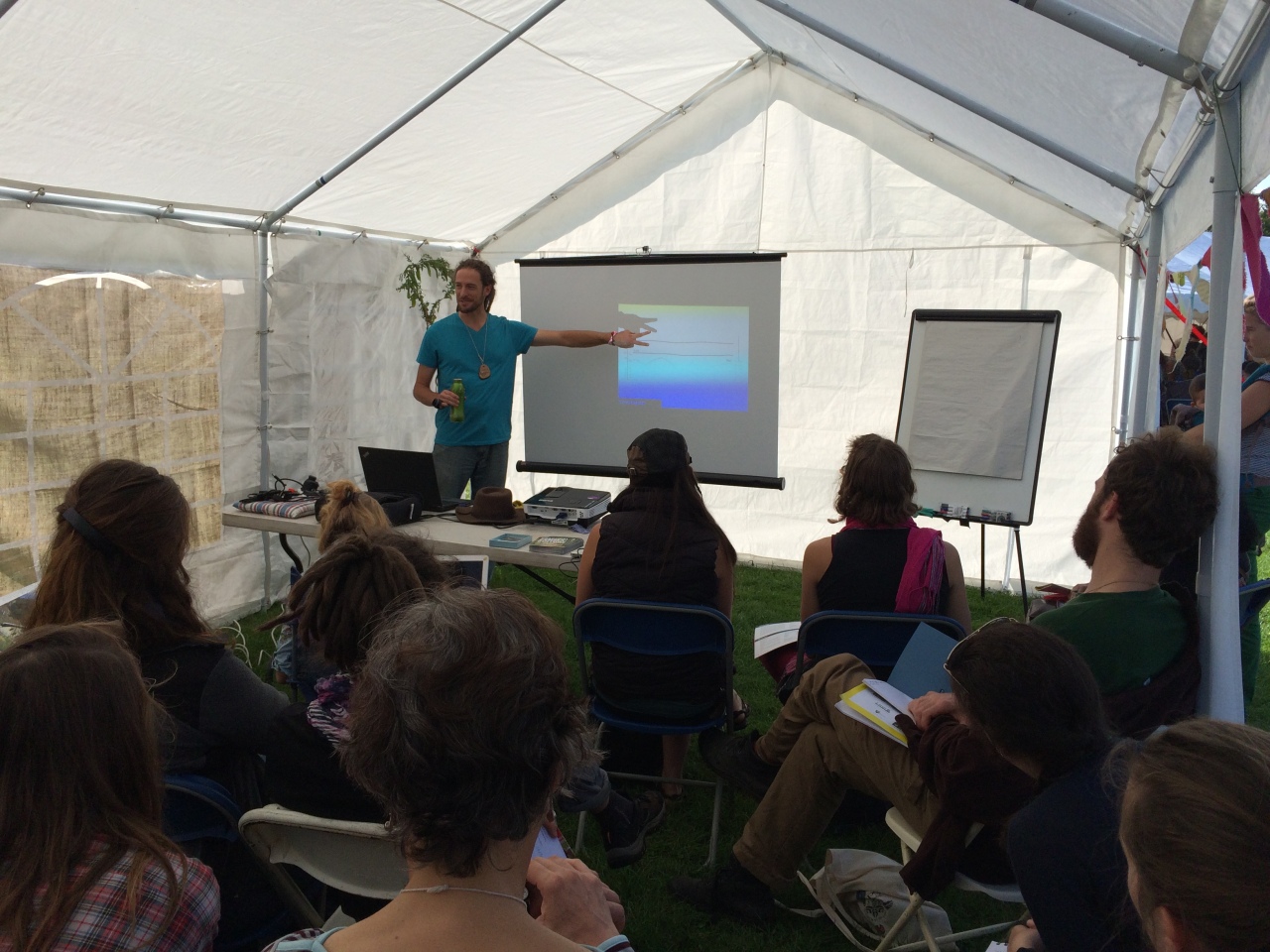 The films! The beautiful Inhabit by Costa Boutsikaris, and Design for Life featuring Graham and Annemarie Brookman of The Food Forest in Australia.

This sample book of natural dyes from the Worker’s Educational Association of England. 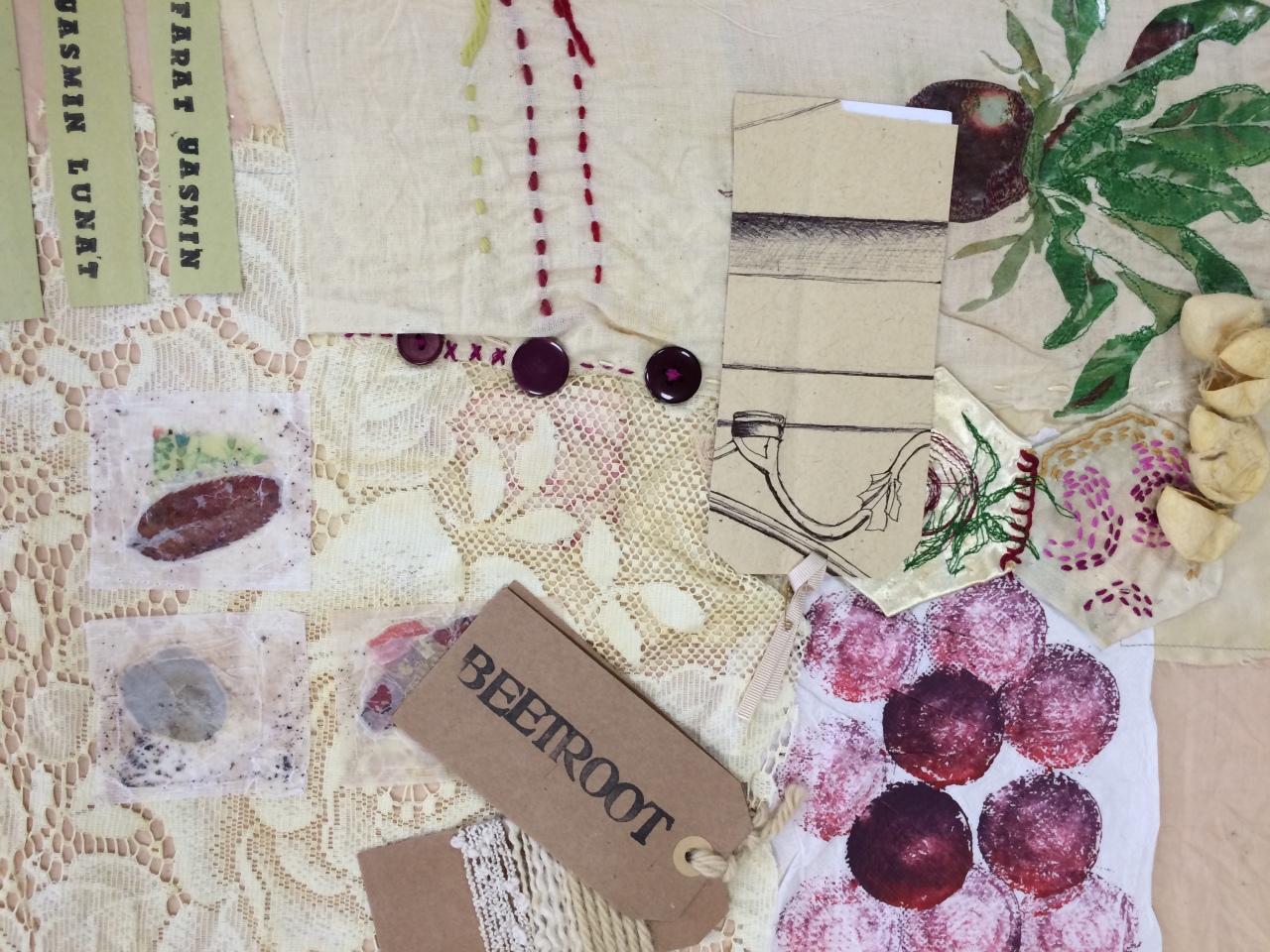 Finding in the Convergence Marketplace the ethical knitwear booth of The Snail of Happiness, whom I’ve only known through her blog until now. Most of the people whose blogs I regularly read are people whom I’ve never met. Similarly, most of my own readers (you!) live in other parts of the world, and we don’t get to meet face to face. It would be nice for that to happen more often. Just saying…

Accidentally happening upon one of the Convergence sessions that were arranged on-the-spot, because somebody had the skills and others had the interest. I decided to stay, and got a fantastic refresher on holistic grazing planning and keyline design.

All the spontaneous jamming sessions, conversations over meals, anonymous acts of kindness — and play dates that can only happen when you are traveling with a sixteen-month-old who is much less shy than her mother… 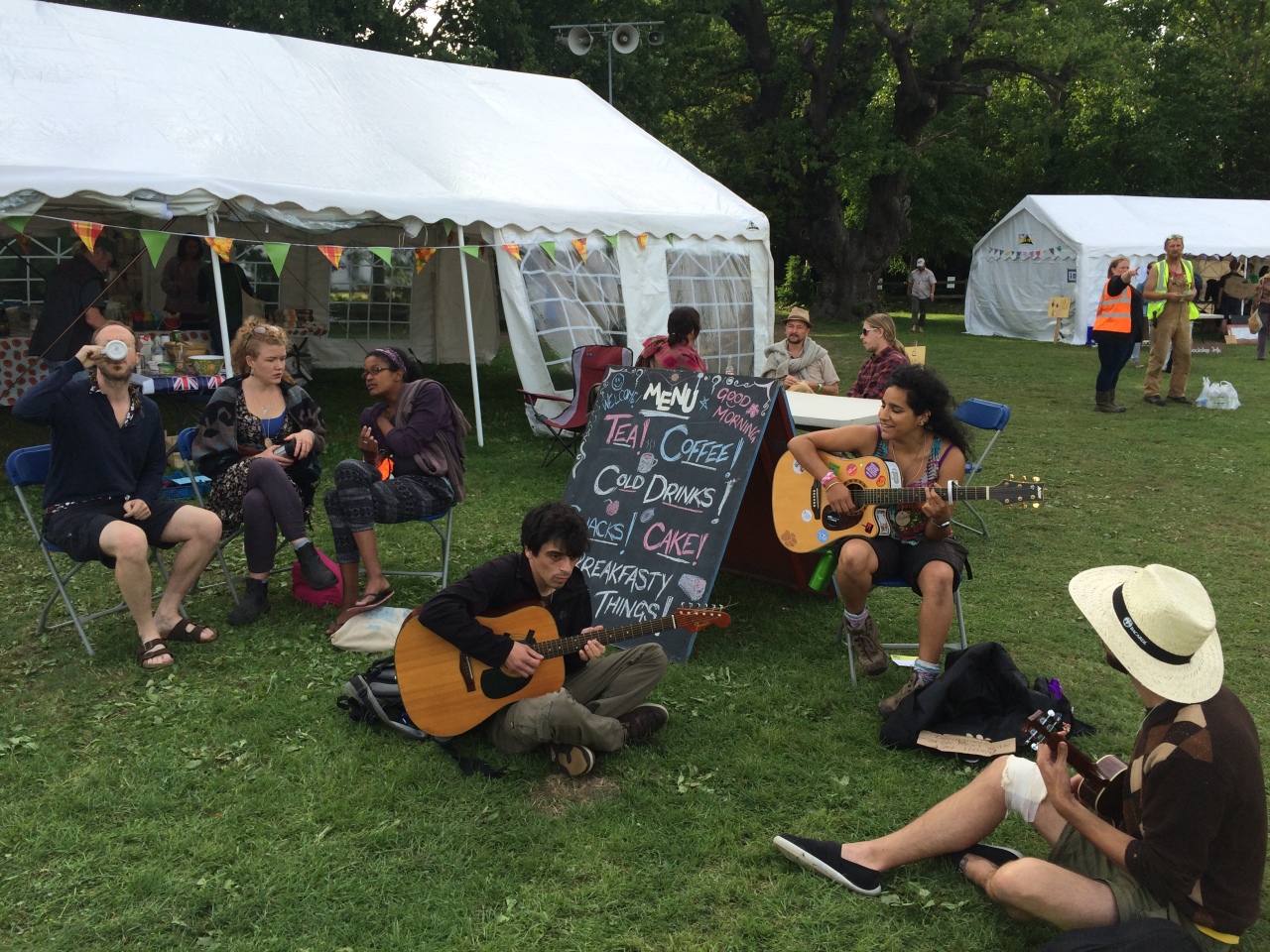 2 thoughts on “IPCUK: Designing the World We Want”